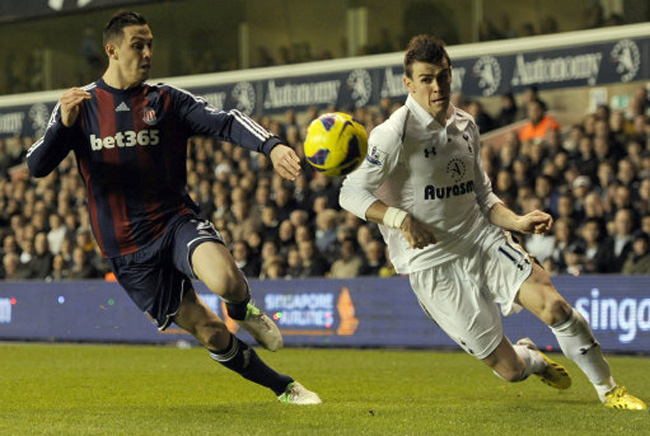 Draw specialists Stoke came to White Hart Lane on Saturday with their eye on a European place, and after another impressive and organised display, their hopes of a Europa League spot next season remain very realistic.

You don’t get many goals in games involving the Potters, and Tottenham, like so many other sides playing Stoke, struggled to created any decent chances. Indeed, it was Stoke who came closest early on, when Kenwyne Jones balzed over after a mistake by Kyle Walker.

After the break, the Lilywhites moved up the gears, with both Jermain Defoe and Gareth Bale going close. However, Stoke defence, lead by Ryan Shawcross, were superb and in goal, Asmir Begovic produced a superb save late on from Gylfi Sigurdsson.