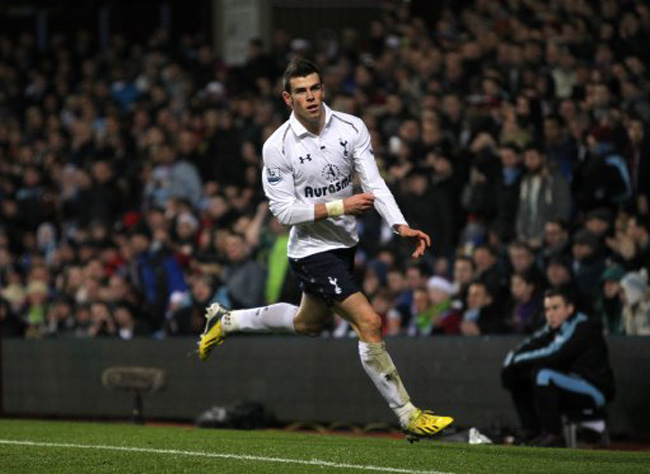 I must admit, I always thoughts that Welsh wing-wizard Gareth Bale was more than a tad over-rated, the product of hype over substance. However, this season, the former Southampton man has started to live up to the hype and against Aston Villa on Boxing Day, the 23-year-old showed us all just what he is capable of, netting a fine second-half hat-trick.

Having been hammered 8-0 by Chelsea, Paul Lambert’s Villans were hoping for a quick confidence booster but for the first 45 minutes, they were outplayed by the Lilywhites. However, despite having all the ball, Spurs failed to find the net before the break, thanks in part to Brad Guzan in the Villa goal.

After the break, the Lilywhites finally got the breakthrough, when Jermain Defore netted on 57 minutes. Bale’s hat-trick followed soon after as the Villans once again fell apart.