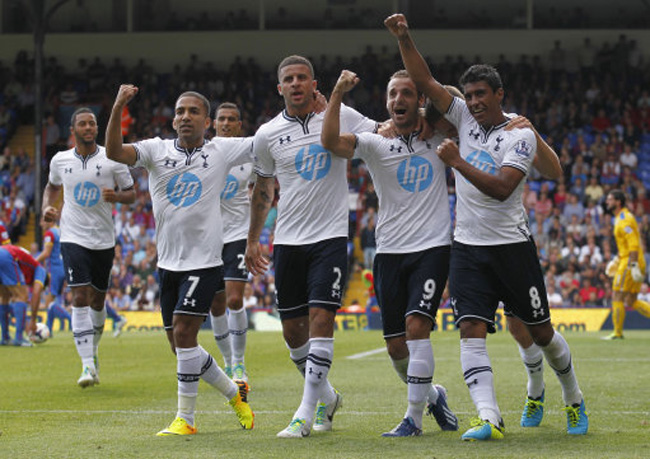 Spanish new-boy Roberto Soldado made the perfect start for Spurs on Sunday, firing home the only goal of the game from the penalty spot.

The north Londoners well deserved their win, dominating for large periods of the game. Brazilian Paulinho and Belgian Nacer Chadli also impressed on their Premier LEague debuts while sub Etienne Capoue settled in to a defensive midfield role with ease.

The Eagles did improve when Kevin Phillips and Marouane Chamakh came off the bench in the second period but despite the tight scoreline, Ian Hollway’s men were second-best throughout.