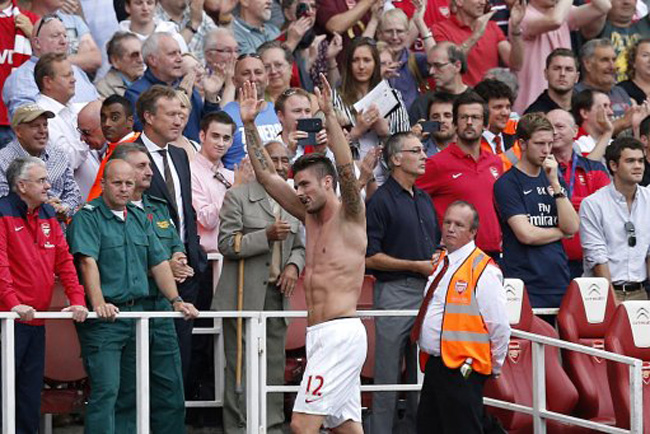 Despite spending exactly £0 in the transfer window so far, Arsene Wenger oversaw a deserved victory against his big-spending rivals.

Olivier Giroud netted early doors, courtesy of a deft finish after a fine team move and while the Lilywhites pushed to get back on level terms, it was the Gunners who had the far better chances in the first half, with a superb display Hugo Lloris keeping his side in the game.

After the break, AVB’s men improved but couldn’t find a way past an extremely disciplined Arsenal side, with sub Mathieu Flamini looking like he had never left north London.