With all the summer’s comings and goings finally done and dusted, yesterday was official team photo day at Tottenham and one man took that as a green light to clamber into a laundry basket and have his colleagues wheel him around. 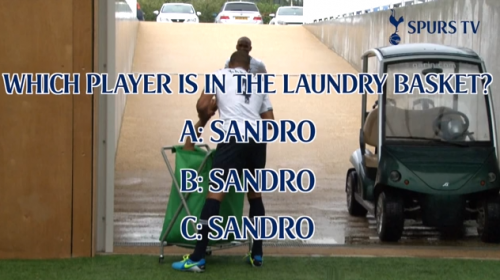 Well waddaya know? It was Sandro!

There are loads more pictures from Spurs’ photo day available on their official Twitter feed if you fancy having a butcher’s at the outcome of all this tomfoolery.