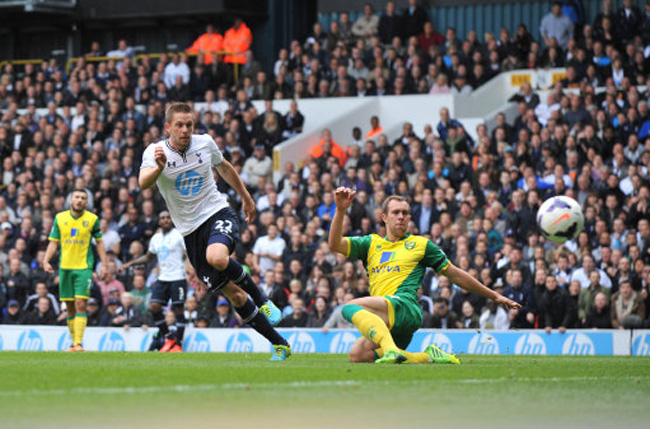 The summer influx of A-grade talent to Tottenham has apparently given some of the Lilywhites’ resident squad a bit of a kick up the bottom, with midfielder Gylfi Sigurdsson netting both goals in his side’s victory stroll on Saturday.

The Canaries offered little in the way of a goal threat and Icelandic star Sigurdsson made it 2-0 after the break, this time after goo work from another summer-signing, Paulinho.

A rather easy win for the north Londoners which saw them go second in the table, at least until Liverpool play on Monday.