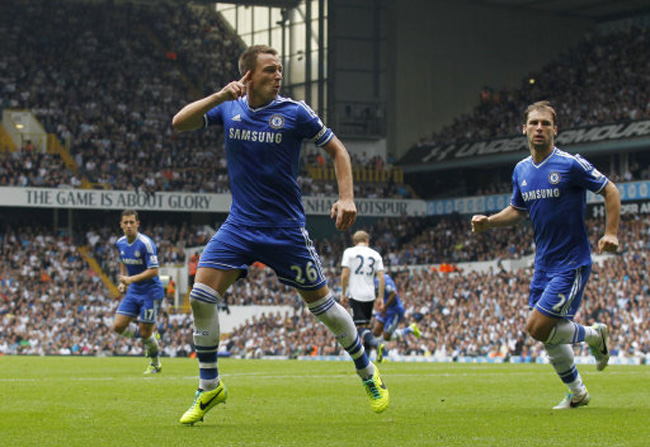 A second-half John Terry header secured a share of the points for Jose Mourinho against his old apprentice Andre Villas-Boas on Saturday.

The home side were the better team in the first period, with in-form Icelander Gylfi Sigurdsson netting on 19 minutes after good work from Cristian Eriksen.

After the break, the Blues improved, with half-time sub Juan Mata energising the visitors. Striker Fernando Torres looked like a man possessed after the break and was booked for a clash with Jan Vertonghen, which ended with the Spaniard grabbing the Belgian’s face.

Just after the hour-mark, the equaliser came, courtesy of a JT header from a Mata centre. Torres was then sent off, after ref Mike Dean (very very harsly) adjudged the Spaniard to have elbowed Vertonghen. And that was that. Probably a fair result in the end.