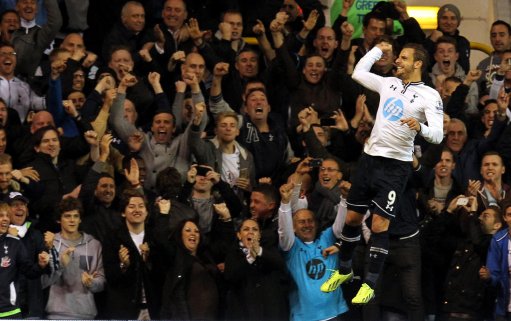 Spurs took 80 minutes to break down a well-organised Hull City side at White Hart Lane on Sunday, with Roberto Soldado converting a spot-kick to secure all three points for the Lilywhites.

For the majority of the game, the Tigers defensive formation did its job well but then, with just 10 minutes to go, Ahmed Elmohamady was judged to have handled Jan Vertonghen’s cross, with Soldado netting his third penalty goal of the campaign.

The game also saw wideman Andros Townsend clatter into a photographer with the England man requiring treatment, although he eventually returned to action.

While the win sees Andre Villas-Boas’ side stay in the top four, the lack of goals from the Lilywhites is sure to be a concern to the Portuguese tactician. As for Steve Bruce and Hull, they continue to impress in their first season back in the top tier.