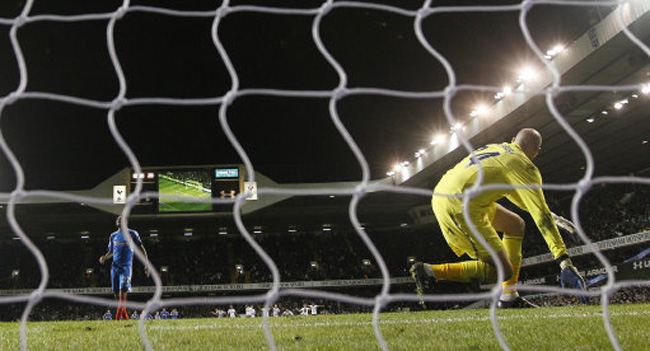 Poor old Ahmed Elmohamady! After giving away the penalty which handed Spurs their 1-0 league win at the weekend, the Hull man then went and missed the deciding penalty kick to hand the Lilywhites yet another victory over the Tigers, this time in the Capital One Cup.

A Gylfi Sigurdsson rocket in the first-half had put the home side in the driving seat, but a fumbled save by reserve ‘keeper Brad Friedel ended up in the back of his net to level the scores early in the second-half. Extra-time followed with Irish international nodding home to put Steve Bruce’s men ahead. However, Harry Kane’s 108th minute equaliser set up a dramatic penalty shoot-out.

The shoot-out was a long, drawn-out affair, with only Eric Lamela and Aaron McLean missing any of the first 15 spot-kicks. But then Elmohadady fired his spot-kick at Friedel, who made up for his earlier unfortunate OG by saving the Hull star’s effort.

At least this time Bruce can’t complain about the nature of the penalties. The win sees Spurs march on to the last eight where they’ll face West Ham at White Hart Lane.