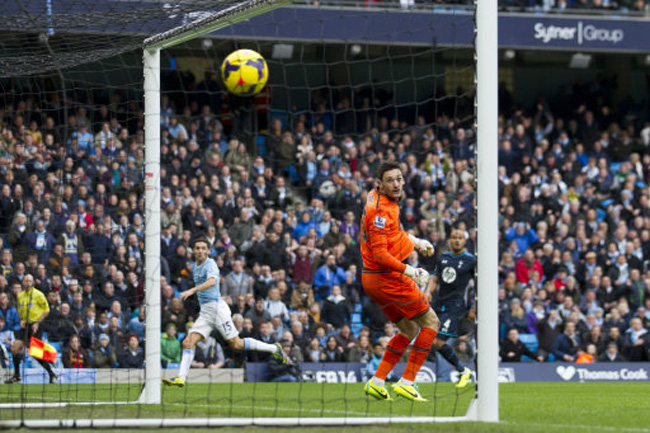 Not so long ago the footballing media were talking of a power shift in north London, with Spurs escaping from Arsenal’s shadow to assert themselves as a real title contender. However, following Sunday’s capitulation at the Etihad, the Lilywhites could struggle to even make the top four come May.

City started as they meant to go on, netting within the first minute when Jesus Navas netted after Hugo Lloris had initally made a dismal clearance. Alvaro Negredo then saw his effort go in off Sandro before the outstanding Sergio Aguero made it 3-0 before the break.

Andre Villas Boas sent on former Citizen Emmanuel Adebayor at the break but the Togolese made little difference, with goals from Aguero, Negredo and Navas, securing an impressive 6-0 win for City.

If only Manuel Pellegrini’s men could perform like that on the road. While, for AVB and co, the post-Bale rebuilding continues to move at a worryingly slow pace.