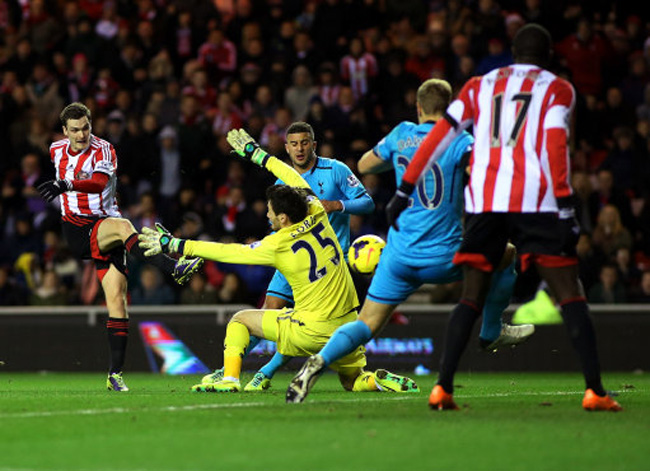 Spurs battled to a precious victory at the Stadium of Light on Saturday, a result which takes some of the pressure off manager Andre Villas-Boas. Adam Johnson had given the Black Cats the lead after some fumbling from Hugo Lloris but a close-range effort from Paulinho before the break followed by a John O’Shea OG in the second-period secured a hard-fought, but deserved win for a Tottenham side who worked hard for the three points. Gus Poyet’s Black Cats can look at the plethora of OG’s they have conceded this season as a pretty big sign that things are going against them, but there was enough here to hint at a better future for the strugglers.