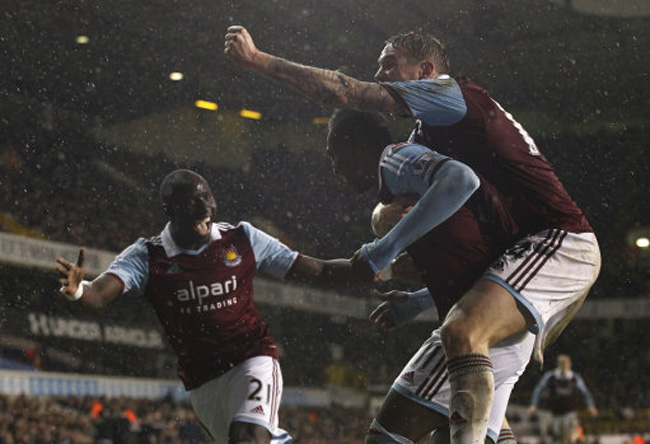 Spurs, without AVB at the helm, went down 2-1 losers to West Ham at the Lane on Wednesday, with late goals from Matt Jarvis and Modibo Maiga securing a semi-final berth for the Hammers. Emmanuel Adebayor had opened the scoring for the Lilywhites, courtesy of a fine strike, but the troubled north Londoners, with Tim Sherwood in charge, faded late on to suffer yet another home defeat.