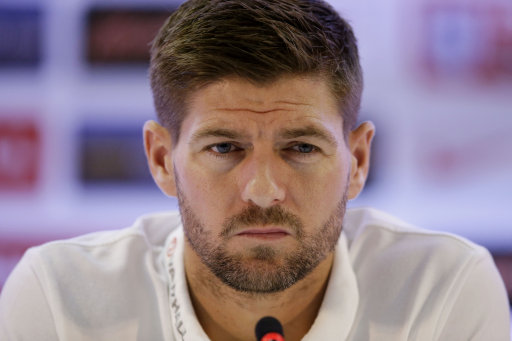 “I don’t know who you are, but I will find you and I will kill you”

Once again, Harry Redknapp has crow-barred his way into the England story by claiming yesterday that, while he was manager at Tottenham, several of his players would actively and routinely seek to get out of England call-ups.

Speaking to BBC Radio Five Live’s Sportsweek, Redknapp claimed that “two or three” Spurs players regularly came to him before England games and asked him to get them out of international duty.

Redknapp’s tittle-tattle was put to Steven Gerrard at Sunday’s World Cup press conference and the England veteran was quick to refute it, before telling the QPR boss to name names:

“I tell you what, I’d be interested to find out who those players are. If Harry is making a comment like that, he should name them and embarrass them.”

“Should Harry not name them? If it’s the case, it’s disgusting. For me, if a player doesn’t want to be [with England], he doesn’t deserve to be here at a World Cup.

“‘They’ didn’t want to play for England. I don’t know who he means. Five years ago? Ten years ago?

“Who? Name them. Is it Aaron Lennon, Kyle Walker, Andros Townsend?”

“In the two years I’ve been here, I’ve seen a greater interest in playing for England, so Harry’s comments come as a bit of a surprise, quite frankly.”

“So if you are going to make global comments like that, it’s a bit dangerous.

“You have to be prepared to say: ‘This player came to me and said …’

“I could imagine ‘a player’ with an educated guess, but I don’t think I could name many Tottenham players [to which Redknapp’s claims would apply], and certainly not among the ones I’ve worked with.”

Is ‘Arry still so aggrieved about Hodgson getting the England job when he was led to believe that he had it sewn up that he’d go to these lengths to undermine Roy’s tenure after a very public failure (i.e, the World Cup)?

Of course he bloody well is. Sticking his jowls in once again, attempting to cash in on the (utterly conceited) belief that the nation still thinks he’s the right man for the job.

F**k Harry Redknapp, and the horse he rode in on.