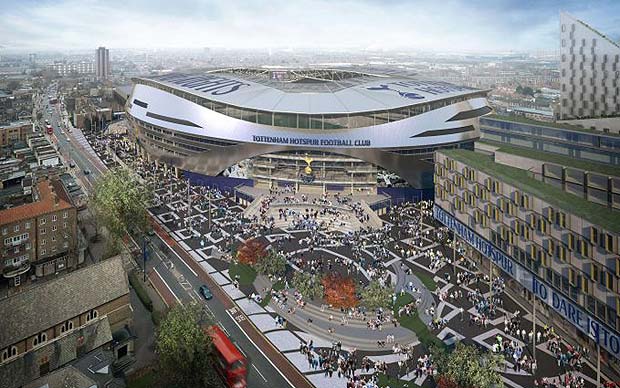 Tottenham may be forced to leave White Hart Lane and play elsewhere for a season due to ongoing concerns over the club’s plans to build themselves a new stadium.

While Spurs have successfully navigated their way past a pesky compulsory purchase with the government which allows them to begin work on a new 56,250-seater stadium on a three-hectare site right next to White Hart Lane, the club are still locked in negotiations with one local land owner – negotiations that have now been going on for seven long years – which have completely scuppered their construction programme.

“The delays have led to a revised construction programme, with the shortest build time meaning Spurs must leave White Hart Lane to allow the new stadium to be built.”

Spurs have also confirmed that they may have to seek a temporary home at some point in the future in a statement issued on the official club site:

“We should like to advise supporters that it is highly unlikely we shall be able to open the new stadium at the start of the 2017-2018 season.

“The club has revised its construction programme in order to take the shortest possible time to construct.

“This now therefore involves the club moving away from the Lane during construction for a period of one season, to start at the beginning of a season in order to comply with Premier League rules.

“We are currently undertaking due diligence on alternative stadium options.”

Wembley it is then!