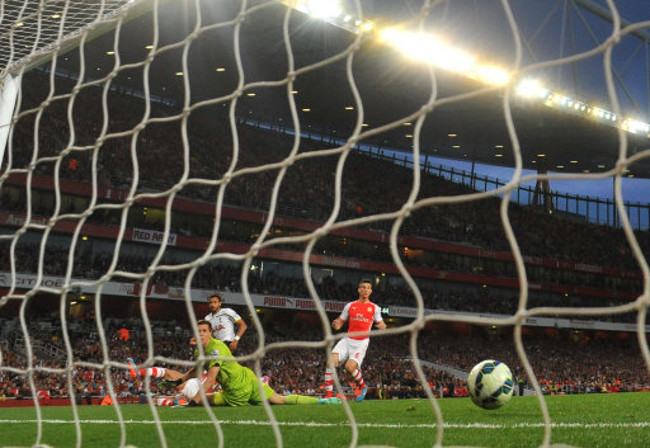 Arsenal failed to make home advantage count in this rather tepid north London derby on Saturday.

The Gunners saw both Mikel Arteta and Aaron Ramsey subbed off due to injury early on in a game the hosts will be disappointed not to have won.

However, it was Spurs who opened the scoring on 56, courtesy of Nacer Chadli after Mathieu Flamini has been caught dawdling on the ball in a dangerous area. That goal saw the Gunners push for an equaliser although the Tottenham backline provided a very difficult nut to crack.

Arsenal’s goal did eventually come, with Alex Oxlade-Chamberlain firing home from close-range. That goal, on 74 minutes, set up an entertaining last period of the game but despite their best efforts, Arsene Wenger’s men couldn’t get a second goal.

Mauricio Pochettino will be the happier of two bosses with the result although the Gunnrs do remain unbeaten in the league this season.