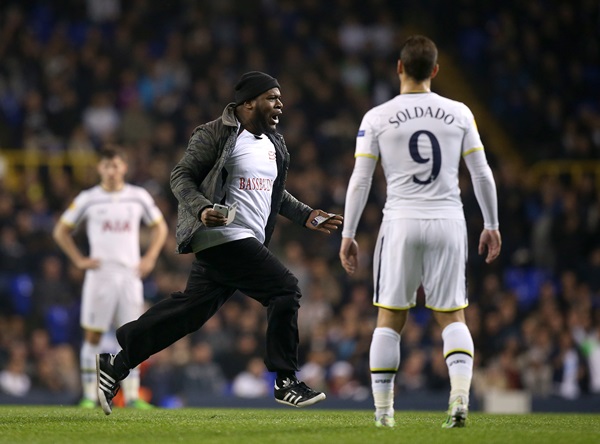 Remember how we all laughed and laughed when those three “Youtube pranksters” repeatedly disrupted Tottenham’s Europa League tie against Partizan Belgrade last month?

The moronic trio of trolls took it in turns to invade the pitch at White Hart Lane as part of a pre-planned viral marketing stunt, eventually causing the game to be temporarily suspended.

Their hi-lair-rious stunt (allegedly co-orchestrated by Bassbuds earphones) resulted in Spurs receiving a €15,000 fine from UEFA.

However, there is a happy ending with the news today that all three men have not only been fined £155 apiece for their little stunt, but also banned from all professional football grounds in England or Wales for the next three years.

According to the Daily Mirror, all three of them pleaded guilty at Highbury Corner Magistrates’ Court to a charge of “going on to a playing field without a lawful excuse or authority.”

So much for this then…