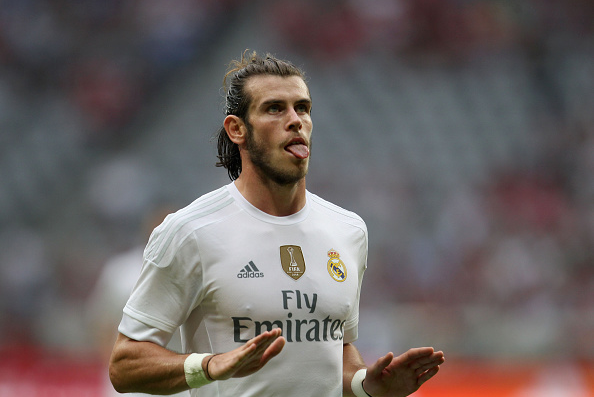 Looking like a prize petunia with his hair done up all fancy, Gareth Bale returned to haunt his former club by netting in Real Madrid’s 2-0 win over Tottenham in the Audi Cup.

It was James Rodriguez that opened the scoring for Real in the first half before Bale doubled the damage 10 minutes from time.

After a trademark full-bore yomp upfield, the Welsh forward unleashed a stinging shot that beat Michel Vorm from 25 or so yards…

Incidentally, Vorm has taken a bit of a battering for failing to keep Bale’s effort out, but seriously – look at the devious bounce on that thing!