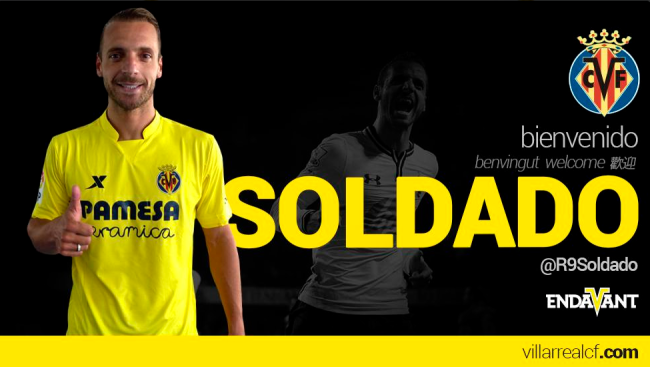 The deal is done. Roberto Soldado is a Tottenham player no more.

The goal-shy Spanish striker has returned to La Liga by signing a three-year deal with Villarreal, with the fee reported to be €16million (approx £11million).

Having cost Spurs a sizeable £26million chunk of their Gareth Bale Money™ when he signed from Valencia in 2013, Soldado leaves having scored just seven goals in 52 Premier League appearances – four of those goals coming before Christmas in his first season.

Whereas he struggled to repay the faith, at the very least he conducted himself like a professional both on and off the pitch. He never stopped labouring and he never  complained about his ever-diminishing lot.

Ever the pro, Soldado has posted an open thank-you note to Spurs upon his departure in which, among his various gratitudes, he also apologises for his dearth of end product…

A gentleman to the end.