Tottenham threw away a couple of point at White Hart Lane on Saturday after Stoke came from two goals down to earn themselves a draw. 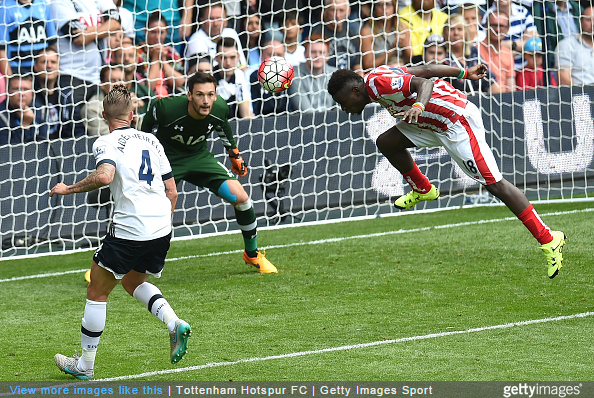 The hosts started brightly and found themselves a goal ahead on 19 minutes. Eric Dier was the man to break the ice for the Lilywhites, heading home a Christian Eriksen corner.

Just before half-time, Hugo Lloris was called on to thwart Mame Biram Diouf from close-range. And soon after that save, Spurs doubled their advantage when, on 45 minutes, Nacer Chadli volleyed in at the far post.

In the second period, Stoke were a different side with subs Stephen Ireland and Spanish striker Joselu kickstarting the Potters’ afternoon.

An Ireland centre set up Diouf, but once again Lloris kept his effort out.

Harry Kane, making his 50th Premier League appearance, failed to provide the requisite cutting edge for the home side and was eventually taken off my Mauricio Pochettino on 64 minutes.

On 78 minutes, Mark Hughes’ side had another chance to get back into the game when debutant Joselu was fouled in the Tottenham box by Toby Alderweireld. Marko Arnautovic stepped forward to convert the resulting spot-kick.

Then, just five minutes, another Ireland cross found Diouf, who this time finished with a close-range header to earn his side a share of the points.

While Hughes will no doubt be pleased with his side’s fightback, Pochettino will be concerned by his side’s failure to kill off the game.