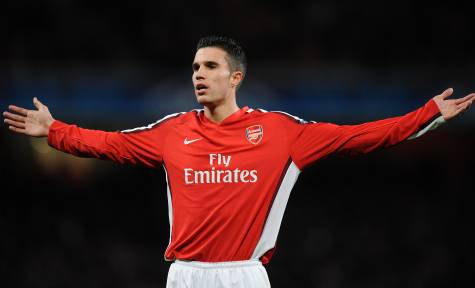 The Dutchman has been sidelined for more than five months with ruptured ankle ligaments, but is now in line for a first team return after coming through a series of intensive training sessions unscathed.

Van Persie has been maintaining his general fitness with gruelling swimming and gym sessions (allied with that magical horse placenta), and last month began training with Dutch amateur side AFC Amsterdam in a bid to regain his sharpness.

But last week the 26-year-old forward further stepped up his training regime by rejoining and training with the Gunner’s squad, and is now thought to be on the verge of making a first team return.

Wenger’s intrinsic caution may see him wait until Arsenal’s game with Wigan next Sunday to hand Van Persie his comeback – but the pressure of a must-win derby with Spurs may force the Frenchman’s hand.