Jurgen Klopp’s long-awaited first game in English football proved to be a rather underwhelming affair at White Hart Lane, with neither side possessing the requisite cutting edge up front to seal a victory. 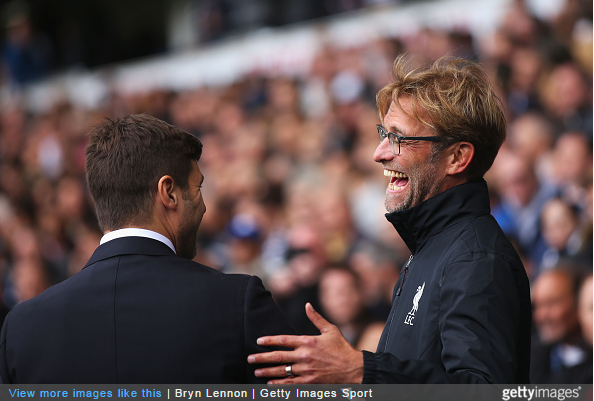 The visitors had a great chance to open the scoring when Divock Origi headed against the bar from close-range when he really should have scored.

Klopp himself was on the cusp of celebrating a goal for the Origi chance.

After some shaky Liverpool defending, Spurs then went close themselves, with Clinton N’Jie (on for Nacer Chaldi after just 11 minutes) producing a deft outside-of-the-boot effort which forced a fine save out of Simon Mignolet.

Harry Kane has struggled in front of goal this season and once again the England man failed to convert when through on goal, with Mignolet keeping out Kane’s effort before Delle Ali’s follow-up was blocked.

In the second-half, the Lilywhites pushed for the opening goal,with Moussa Dembele impressing in midfield.

A fine run from Christian Eriksen set up Kane, only for the striker’s deflected effort to be pawed away by Mignolet.

Emre Can then fired just wide after good work from sub Jordan Ibe.

However, ultimately the lack of a cutting edge for both sides meant this game would end goalless.

A point away at White Hart Lane and a clean sheet is a satisfactory start for Klopp and co, particularly without the likes of Daniel Sturridge and Christian Benteke. As for Mauricio Pochettino, he’ll be disappointed by a mediocre Tottenham display on home soil.