Tottenham threw away a one-goal lead to lose away in Anderlecht on Thursday night, a result which sees the north Londoners drop to second in Group J. 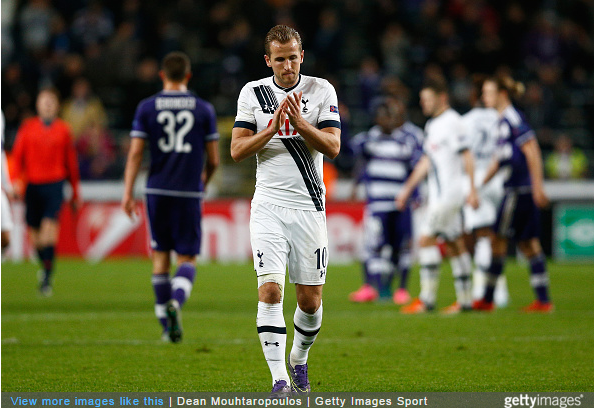 The visitors took the lead after just four minutes when Christian Eriksen fired home after some poor defending from Anderlecht.

However, the Belgians were always a threat and got themselves level just nine minutes later, with Guillaume Gillet firing past Hugo Lloris after a corner.

Argentine winger Erik Lamela was guilty of wasting a great chance while Stefano Okoka went close for the Belgians.

After the break, sub Harry Kane continued his poor run of form in front of goal, failing to finish when through on goal.

Then, on 75 minutes, former Fulham striker Okaka netted from close range to earn the hosts all three points.

The result sees Spurs drop to second in the group, a point behind leaders Monaco.