Harry Kane netted a hat-trick as a rampant Tottenham side battered Bournemouth at Dean Court on Sunday. 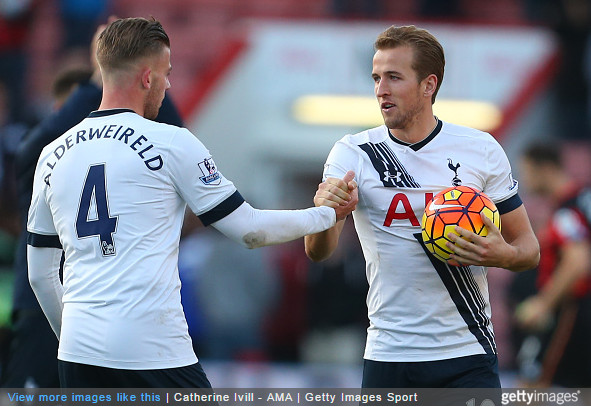 The Cherries did get off to the perfect start, with Matt Ritchie netting the quickest goal in the Premier League this season, after just 49 seconds.

However, within eight minutes the Lilywhites were level, with Kane converting a penalty. The spot-kick came after the England man had been felled in the box by Bournemouth ‘keeper Artur Boruc, who endured a horror afternoon.

Mousa Dembele then put the visitors ahead on 17 minutes.

Argentine winger Erik Lamela finally seems to be fulfilling his potential (and hefty price-tag) and on the half-hour mark, the schemer netted from close-range to make it 3-1.

After the break, Kane added another two, firstly connecting with a Christian Eriksen centre and then capitalising on yet another Boruc blunder.

The result sees Mauricio Pochettino’s charges extend their impressive unbeaten run in the league to nine games. As for Eddie Howe’s Cherries, with 10 goals conceded in their last two games, there is much work to do.