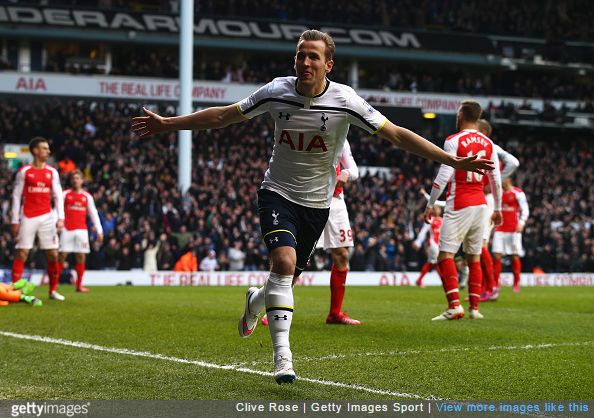 Today is the North London Derby, Tottenham Hotspur versus Arsenal; the original north London team versus the Woolwich Nomads; the glorious Lilywhites versus the rather mechanically-monikered Gunners.

So, in the spirit of the day and with no quarter given, here are 10 light-hearted reasons why it’s always better to be a Spur.

1. Double up: Spurs were the first team to do the modern double of League and FA Cup, and they did so playing exciting football still talked of reverentially years later. It took Arsenal 10 years to match the feat, playing the kind of dull fare everyone has long forgotten.

2. Bad language: Arsenal got the first North London derby in 1887 called off when they were losing, claiming ‘bad light’. In 1900, Arsenal were leading 2-1 in the closing stages but, with Spurs coming back at them, they got the game called off again, this time claiming to be the victims of ‘bad language’.

3. Euro stars: In 1963, Spurs became the first British side to win a major European trophy, the Cup Winners Cup. Arsenal’s first European trophy was the Inter Cities Fairs Cup in 1970 – a competition not recognised as a major trophy by UEFA. And despite Gooner boasts about consecutive seasons in the Champions League, Arsenal have won only one major European pot. Spurs have won three.

4. Out of tune: The Spurs FA Cup Final single of 1981, Ossie’s Dream, is widely recognised as a true classic, and is still sung by crowds today. It reached number 5 in the charts. The highest Arsenal reached was number 9 win 1998, with the best-forgotten sub-karaoke murder of Donna Summer’s classic Hot Stuff.

5. Italian job: Arsenal were once sponsored by Sega. Which is Italian for ‘wank’. 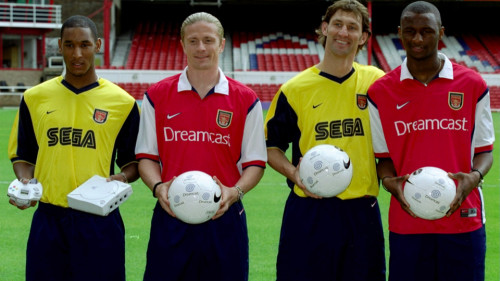 What a load of balls

6. Spurred to victory: In the, ahem, classic 1981 film Escape to Victory, Spurs midfielder Ossie Ardiles played Carlos Rey, playmaker for the Allied POW team. It was Rey’s goal at the start of the second half that sparked the Allied team’s fightback. No Arsenal players were used in the making of this movie.

7. England’s number ones: Three former Spurs players have gone on to manage England with distinction – Terry Venables, Glenn Hoddle and Alf Ramsey. And Ramnsey won a World Cup. No Arsenal player has ever managed England, or indeed a World Cup-winning team.

8. Cake walk: Greggs (the bakers) still sell slices of Tottenham cake, traditional squares of sponge with pink icing on top originally baked by local Quakers and handed out for free to celebrate Tottenham’s 1901 FA Cup win. There are no sweet-tasting baked goods bearing the name of Arsenal available. Not even just desserts.

9. Hair raising: In the battle of the barnets, Arsenal can ‘boast’ some serious coiffure crimes. Alan Sunderland’s afro, Ray Parlour’s ginger perm, David Seaman’s dubious ponytail and Freddie Ljungberg’s pink Mohican to name but a few. Spurs, on the other hand, have the man deemed worth it by hair experts L’Oreal – David Ginola.

10. Motto of the day: The Arsenal motto ‘Victoria Concordia Crescit’ translates as ‘Victory comes from harmony’ – bland psychobabble and rather ironic considering the number of unharmonious incidents the club has been involved in on and off the pitch over the years. Totteham Hotspur’s motto ‘Audere est Facere’ – meaning ‘To dare is to do’ – is much, much better and epitomises the club’s swashbuckling spirit.

• The titbits above are based on 100 stunning Spurs facts featured in the book ‘Spurs 100 Arsenal 0’, published by Bantam Books. It should grudgingly be mentioned that the book, turned upside down and read from the back cover, is also called Arsenal 100 Spurs 0. But that one is clearly nonsense.