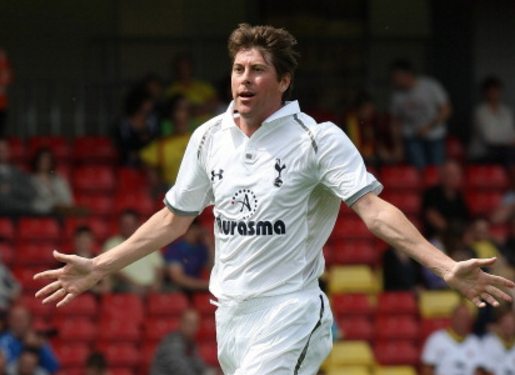 You may recall yesterday when we brought you news that Darren Anderton was forced to pull out of the crossbar challenge at half-time during Tottenham’s 3-1 win over Aston Villa on Monday evening.

The story emanated from BBC commentator Conor McNamara, who Tweeted to alert his followers that Anderton had pulled out of the half-time entertainment due to injury.

Many (relatively harmless) laughs were subsequently had at Anderton’s expense on account of his old ‘Sicknote’ reputation.

However, Anderton was not amused after catching wind of McNamara’s yarn and has today responded bloody furiously… 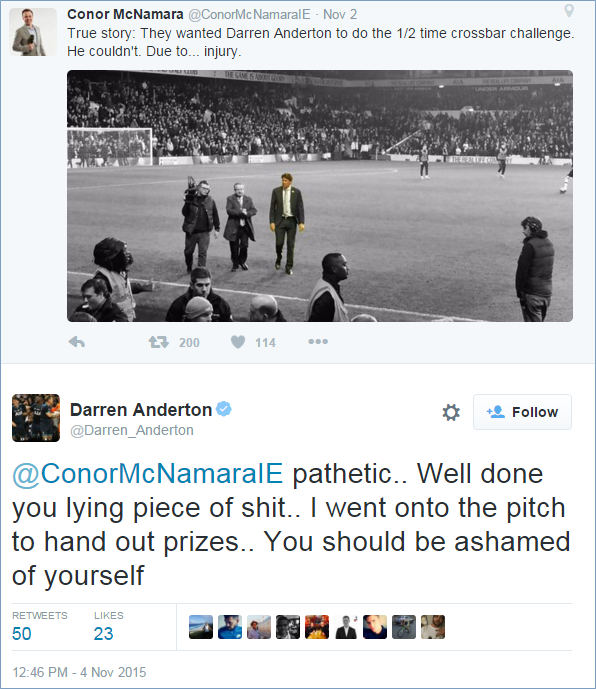 UPDATE: The squabble has gone from strength to strength on Twitter with McNamara even providing audio samples of Anderton’s injury being announced over the White Hart Laner PA system.

Dip in here for the latest chapter.