Harry Kane netted for the sixth game in a row for Tottenham on Thursday night, as the Lilywhites booked their place in the last 32 of the Europa League, courtesy of a 1-0 win away to FK Qarabag. 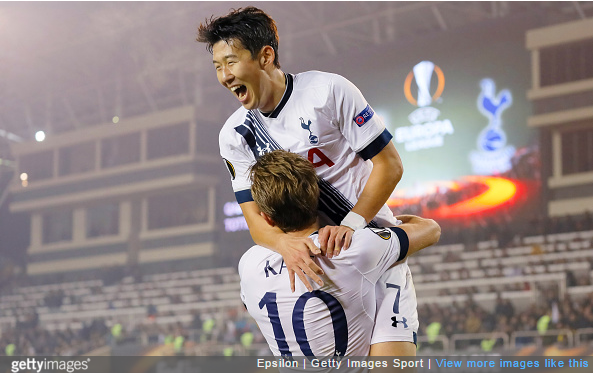 The visitors started slowly in Azerbaijan, and struggled to get a hold of the game, although Dele Alli should’ve scored from close-range early on. The hosts were well organised and nullified the Lilywhites for much of the first-half while at the other end of the pitch, Dani Quintana failed to make the most of a great chance to put Qarabag ahead.

In the second-half, the Lilywhites improved significantly, with Ali and Son Heung-min both hitting the frame of the goal before eventually, on 78 minutes, the goal came. Kane was the scorer, with the England man heading home after Son had flicked on a Christian Eriksen corner to secure the win.

The victory sees Mauricio Pochettino’s charges secure a berth in the last 32 of the competition. Although, the Argentinian boss will no doubt be hoping that the 5,000 mile round-trip to Baku won’t have taken too much out of his players ahead of their big weekend clash with Chelsea.