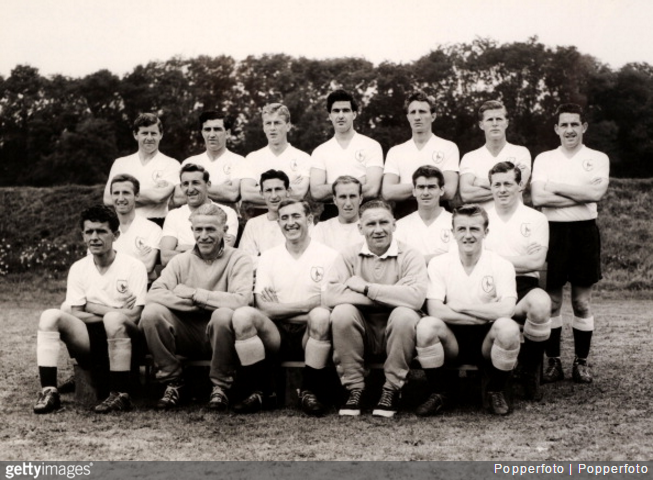 Having battled their way to a 2-2 draw against Tottenham in the fourth round of the FA Cup in January of 1960, Crewe Alexandra’s thoughts immediately turned to felling their Division One opponents in a lucrative replay in front of 64,000 fans at White Hart Lane.

That replay duly came on 3rd February, with Crewe once again forced to face a team a full 83 rungs above them on the league ladder.

Alas it was not to be, with Spurs instead inflicting an incredibly heavy defeat on the visitors, recording their record win in the process and perhaps setting the marker for what was to come in the glorious double-winning season that was to follow.

In the replay, Spurs were 6-1 up over Crewe with only half-an-hour played. By half time it was 10-1. The home side then eased up a little in the second half, adding just the three further goals while letting their lower league guests pull another one back for good measure.

For the record (quite literally), the Tottenham goalscorers on the day were Les Allen with five, Bobby Smith with four, Cliff Jones with three and Tommy Harmer with one.

The convincing victory earned Spurs a fifth round tie against Blackburn Rovers, who promptly knocked them out.