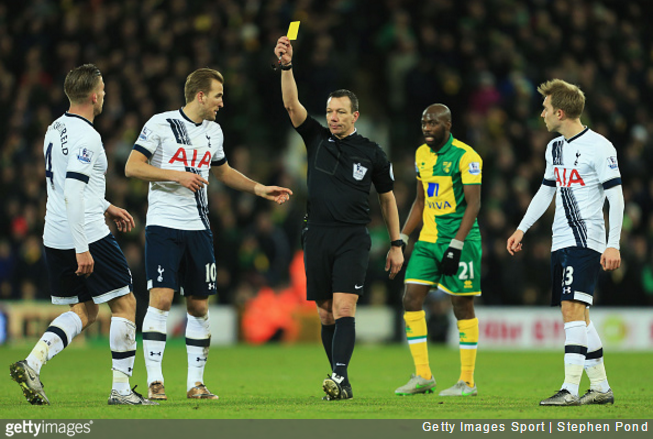 The Premier League have bowed to public pressure and removed referee Kevin Friend from Tottenham’s game against Stoke City next Monday because he just so happens to be a fan of Spurs’ title rivals, Leicester City.

Many Tottenham fans complained when it was announced Friend would oversee the potentially crucial game.

The Daily Mail report that the reaction was enough to persuade the Professional Game Match Officials Ltd (PGMOL) to bump Friend from the game and replace him with Preston-based Neil Swarbrick instead.

The PGMOL decided to relieve Friend of his duties on the basis that the official has attended Leicester games in a “personal capacity” in the past:

Kevin Friend, initially selected for the game, is from Leicester and has attended matches at Leicester City in a personal capacity.

Given the context of this match, it was felt unnecessary to add extra scrutiny on the refereeing appointment.