Fresh from scoring in Leicester’s emphatic 4-0 win against Swansea on Sunday afternoon, winger Riyad Mahrez (as expected) picked up the main prize of the night at a swanky PFA bash at the swanky Grosvenor House in swanky London. 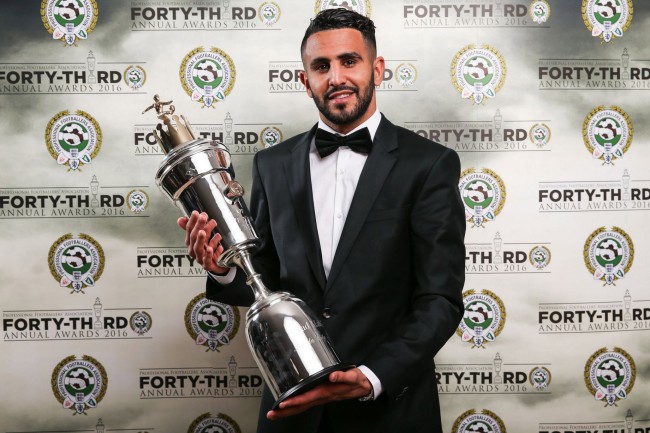 The Algerian has racked up 17 goals and 11 assists in the Premier League this season and has been a key force behind the Foxes’ unheralded title tilt. Mahrez beat fellow nominees and team-mates Jamie Vardy and N’Golo Kante, along with Harry Kane, Mesut Ozil and Dimitri Payet to the award which is rather well-deserved. He’s also the first African player to bag the prize.

Tottenham midfielder Dele Alli picked up the young Player of Year gong after a wonderful debut season in the Premier League. The England youngster came out on top ahead of team-mate Harry Kane, Jack Butland, Philippe Coutinho, Romelu Lukaka and Ross Barkley. 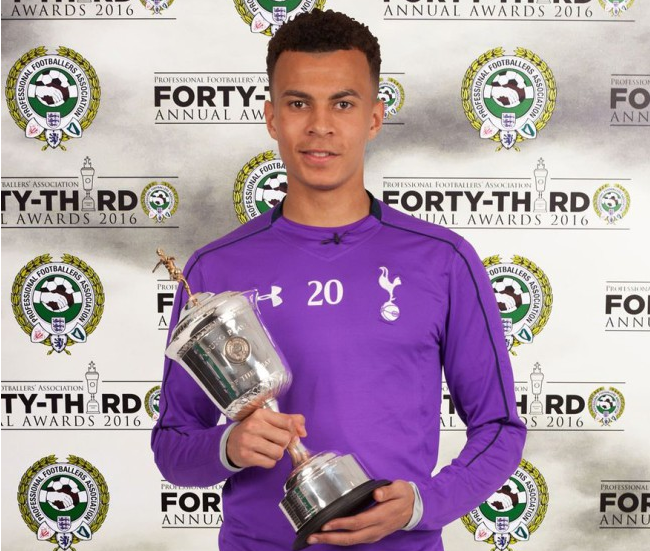 Dele Alli voted PFA Young Player of the Year according to this leaked Tottenham programme for tomorrow …. pic.twitter.com/RuZu9BCyeG 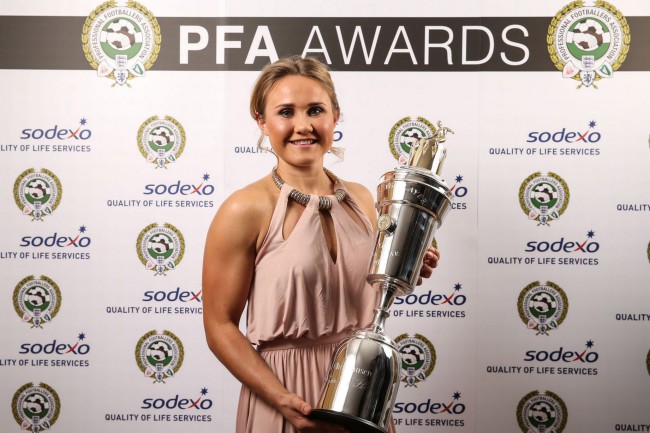 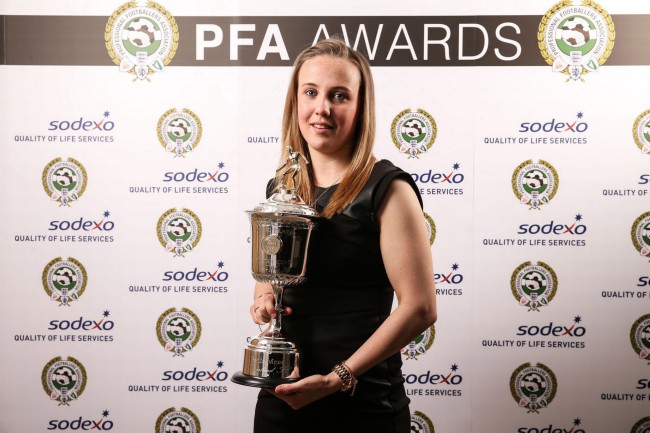