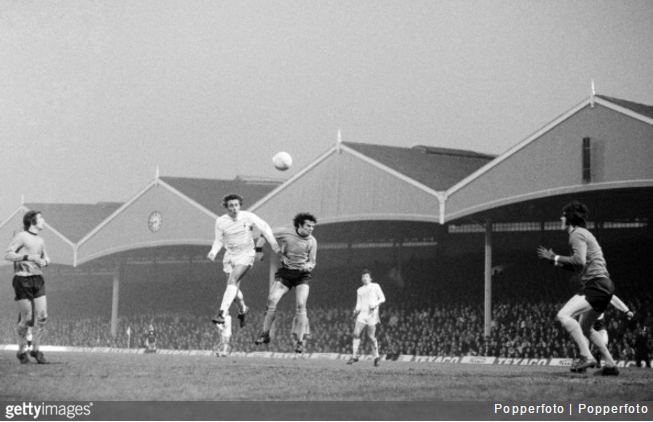 The players’ wives, it’s said, were not happy. Tottenham had fought through to the UEFA Cup Final, with it coming the promise of a sojourn in one of Europe’s more glamorous cities.

Sadly, the destination for the first leg of the 1972 UEFA Cup final turned out to be sunny Wolverhampton, 100 distinctly un-captivating miles up the road, with Wolves themselves providing the opposition.

A crowd of 38,362 packed into Molineux to witness the battle on 3rd May, 1972. Spurs had never lost a cup final and were unbeaten at home in Europe that season, so Wolves had it all on to establish a lead going into the second leg at White Hart Lane.

It wasn’t to be. After a disappointingly barren first half, Martin Chivers took 12 minutes of the second before rising high above his marker to head home the opening goal for the visitors.

Jim McCalliog equalised for Wolves just as the game moved into the final 20 minutes, but Big Chiv ratcheted in an absolute beauty from 25 yards to notch his second goal of the game (his 43rd of the season) to put Spurs 2-1 ahead with three minutes left to play.

And that’s exactly how the first leg ended.

Both of Chivers’ goals were scored in front of the terrace packed with travelling Spurs fans and, many years later, Chivers remarked that there must have been at least 50,000 people at Molineux that night judging by how many fans had subsequently told him they were there to witness his heroic brace in person.

The second leg at White Hart Lane was drawn 1-1 and Spurs duly lifted the second European trophy in their history.