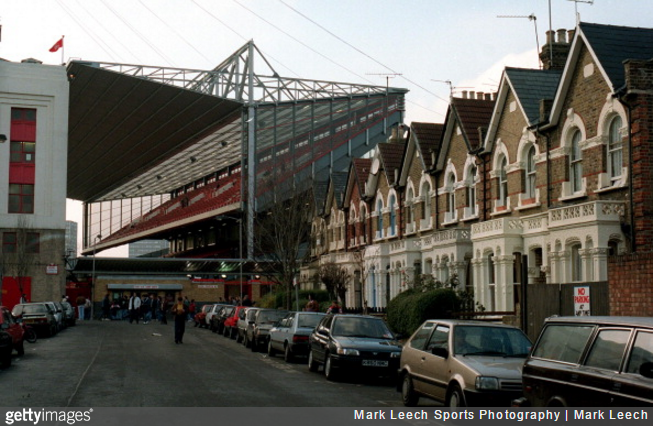 The annual race between Tottenham and Arsenal to finish on top of one another has been fairly one-sided of late, though at the tail end of the 1992/93 season, Spurs found themselves needing just one solitary point to end up above their beloved neighbours in the Premier League’s inaugural campaign.

It was the final day of the season, 11th May 1993, and Highbury played host to a rare season-closing North London derby.

The result went Spurs’ way, with Teddy Sheringham inspiring his side to a 3-1 victory on enemy turf to complete a season double over Arsenal.

Sheringham opened the scoring with a close-range header, before John Hendry helped himself to a brace – Paul Dickov ramming home The Gunners’ sole consolation.

It should be mentioned that Arsenal fielded a weakened team due to cup commitments, but their starting line-up still featured the likes of Steve Bould, Martin Keown, David O’Leary and Alan Smith.

For Spurs that day, the likes of Paul Allen and Darren Anderton were selected alongside Neil Ruddock and Pat van den Hauwe, who were both making their final appearances for the club.

Indeed, it was the last time Tottenham walked away from Highbury with three points. The win meant they sealed eighth spot, two places above Arsenal – a feat they have only managed once since (in 1994/95), though it looks like 2015/16 might just be the season that bucks the 21-year trend.

As a side note, it was also to be Terry Venables’s last game in charge. There you go.