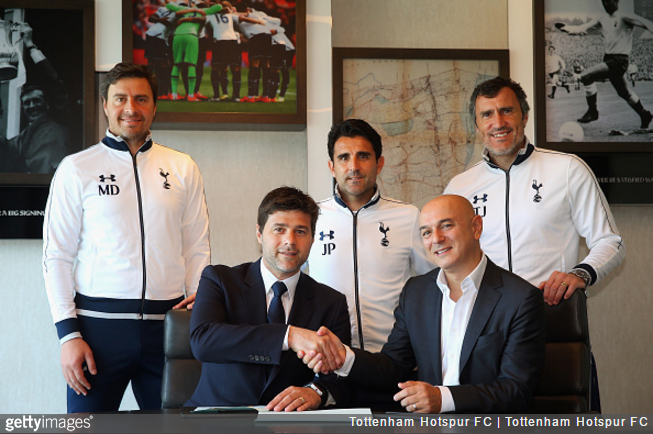 It was “verbally agreed” a week or two back but today it’s been made official: Mauricio Pochettino has signed a new long-term contract that ties him to Tottenham until the year of our Lord, 2021.

Pochettino’s back-room staff have also been rewarded with similar deals, with the club announcing the glad tidings just a few short moment ago…

BREAKING: Mauricio has signed a contract extension committing his future to the Club as Manager until 2021. pic.twitter.com/0gifUu1C7O

Poch had put the willies up Spurs fans (oo-er, steady on) recently when he was photographed lunching with Sir Alex Ferguson. It would appear it was all as innocent as everybody in their right minds simply assumed it was.