Following in the footsteps of Arsenal at the end of the 1990s, Tottenham will play their Champions League games next season at Wembley stadium. 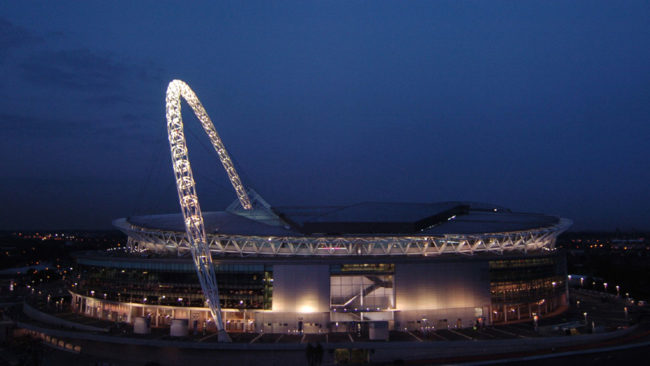 In agreeing a deal with the FA, the Spurs also have an option to play all their home league and cup games (and potential European fixtures) at Wembley in 2017/18.

The Lilywhites are currently building a brand new £400million 61,000 seater stadium beside their current White Hart Lane, with that development due to be ready in time for the 2018/19 season.

We’ve reached agreement with @WembleyStadium to play our @ChampionsLeague fixtures there for the 2016/17 season. pic.twitter.com/BPCGmW1mrQ

Our season ticket waiting list is over 50,000 so this now also offers us a great opportunity to provide more of our supporters with a chance to see the team play live during our Champions League campaign.

Importantly, as we know it was our fans’ preference, it means that we can play our home matches in London during our season away.

After securing a third-place finish in the Premier League, the north Londoners will play a minimum of three Champions League home games next season.

The increased revenue will help us meet our targets for improving coaching and grassroots facilities and growing participation.

Arsenal’s temporary stay at Wembley didn’t prove to successful on the pitch anyway, with the Gunners failing to make it out of the Champions League group stages on both occasions. Spurs, therefore, will be hoping for a better run of results at the national stadium next season.