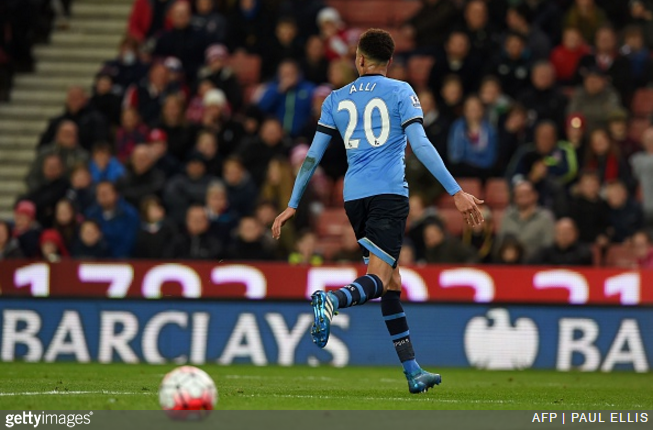 You may notice a certain stylistic tweak to Dele Alli’s shirt when Tottenham take on Everton in their maiden outing of the 2016/17 Premier League season this afternoon.

This is because the young midfielder has decided to switch from wearing ‘Alli’ on the back of his shirt to his forename ‘Dele’ – short for Bamidele.

Explaining the change on the Spurs website, Alli revealed that he’s made the change due to personal reasons, admitting that he feels “no connection” to the Alli family name.

I wanted a name on my shirt that represented who I am and I feel I have no connection with the Alli surname.

This is not a decision I have taken without a lot of thought and discussion with family close to me.

Alli’s birth mother, Denise, recently revealed that she gave her son away when he was 13 as she struggled with an alcohol addiction. He was then raised by his ‘adoptive parents’, Sally and Harry Hickford, though they never actually formalised the adoption.

Being a jolly good sport, Alli has also offered to personally sign any Tottenham replica shirt purchased with his old name and number on the back.