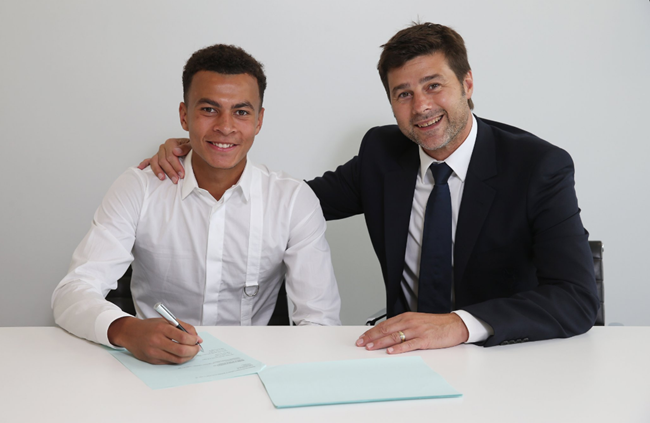 Once again, Tottenham have moved smoothly and swiftly to tie down one of their prized assets, this time securing Dele Alli to a brand new SIX-year deal.

If you’re sat there thinking that it doesn’t seem like five minutes since Spurs last offered Alli a new contract, that’s because they last bumped his salary up just a matter of months ago.

However, this time it’s being reported by the Evening Standard that the 20-year-old’s salary has been doubled up to the £55,000-a-week mark.

No wonder he’s happy with it…

Delighted to sign a new deal with this amazing club, thank you to all the fans for your support so far🙌🏽👋🏽#COYS

We’re coming to love Tottenham contract renewals, if only because it’s one of the few times we ever see Mauricio Pochettino smile.