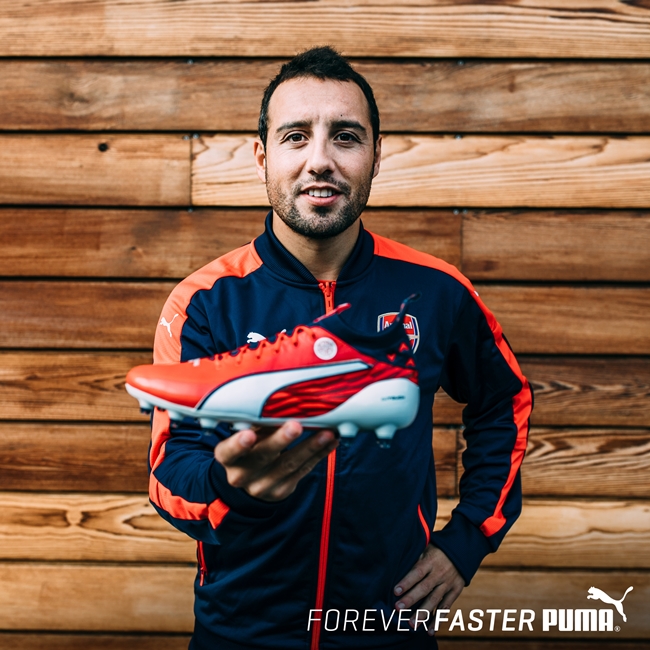 With the big game crowning on the horizon, Puma have furnished Santi Cazorla with his very own personal pair of ‘Derby Fever’ custom boots to wear in the upcoming North London blow-out between Arsenal and Tottenham.

As per Puma’s blurb, the themed boots are part of a range that “celebrate the epic meetings between local football foes”. As such, they are planning to produce several further incarnations of the evoTOUCH boot for other players to wear in future derbies. We’re guessing that all this came about before it was reported that Cazorla is still a considerable doubt for Saturday’s game due to an ongoing achilles injury.