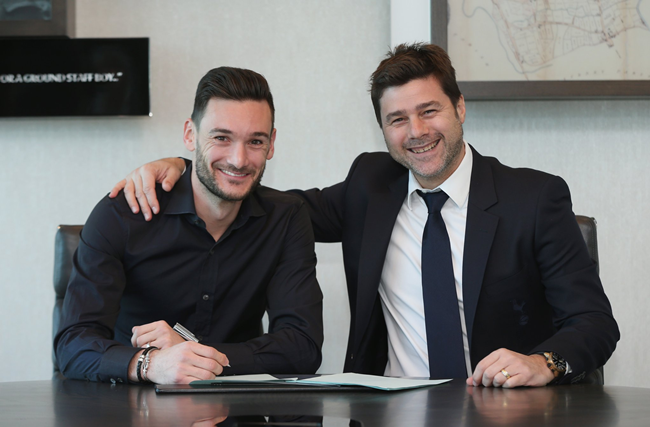 Tottenham have secured the long-term services of yet another of their central talents today with the news that Hugo Lloris has extended his contract until 2020.

Also proving that Spurs really did only hire their photographer for one afternoon back in May, Lloris appeared in the now-familiar ‘Poch Pal™’ pose as the club announced the sealing of the deal on Thursday afternoon…

We are delighted to announce that Hugo Lloris has signed a new contract with the Club, which will run until 2022. ✍🏼 #COYS pic.twitter.com/LKPr1ae0ig

It’s fair to say Pochettino is an ‘arm round the shoulder’ type of gaffer 😉 #COYS (🎥 via @br_uk)pic.twitter.com/HyJ8WjLdiD

As one of the very best, most in-demand ‘keepers in world football (that reaction speed!), Lloris probably still ranks as the biggest coup of the lot.