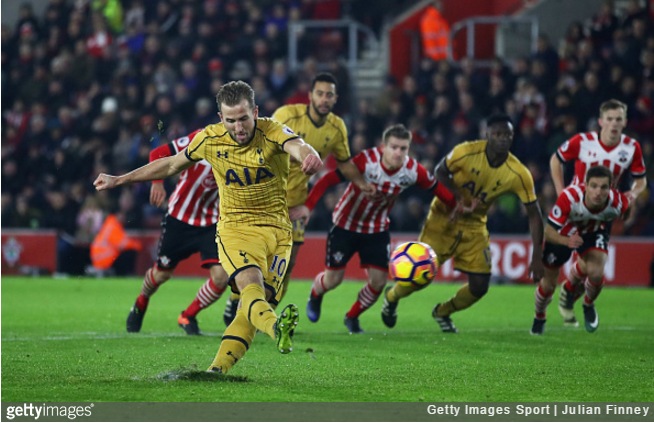 Harry Kane also headed his way onto the score-sheet to end a three-game mini-drought, but failed to add to his tally from the penalty spot shortly thereafter in rather spectacular fashion…

Replays showed that loose turf was to blame for Kane finding the ionosphere with his attempt, though the Spurs striker was able to laugh it off.

In fact, he even put out a post-match appeal to any NFL teams looking for a new kicker…

If there’s any @NFL teams looking for a kicker in the future, have a look at my game tonight! 😉 #SOUTOT

So that’s Spurs up to fifth while the Saints remain in eighth place.