The Merseysiders thwarted the high-flying north Londoners throughout the game, even deploying a very clever Brazilian  trick to stop Christian Eriksen from scoring a free-kick. 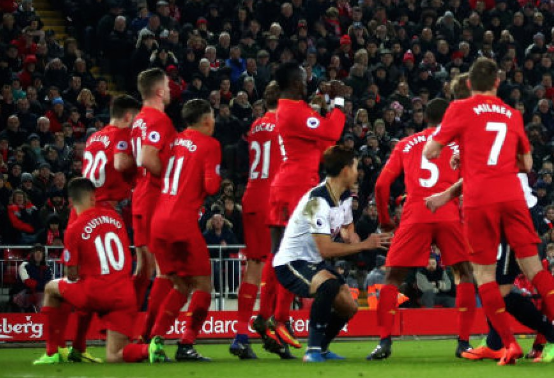 The incident occurred in the first-half when Spurs won a free-kick in a dangerous position on the edge of the box.

While the usual defensive wall was formed in front of goalkeeper Simon Mignolet, Philippe Coutinho kneeled down directly behind his team-mates in order to block any attempt by Eriksen to fire the ball under the jumping wall. 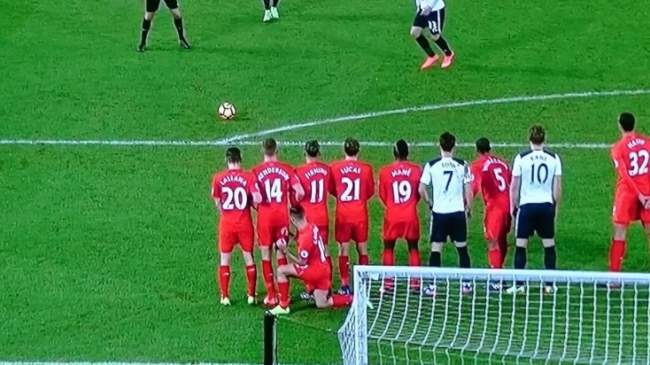 The formation clearly put Eriksen off attempting a sneaky daisy-cutter, with the Danish playmaker instead lifting the ball over the wall and wide of the goal.

The rather strange tactic is actually rather common in Brazilian football, with Coutinho’s international team-mate Marcelo doing the same thing during Brazil’s 3-0 win against Argentina back in November.

What a clever bit of thinking!