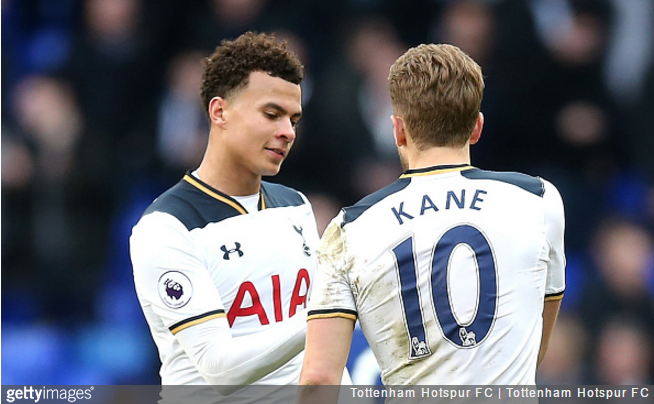 With the end of the season crowning on the horizon, the PFA have followed up their various Player of the Year shortlists by foisting their ‘2017 Teams of the Year’ on us once again.

Unsurprisingly, Chelsea and Tottenham dominate the Premier League proceedings by virtue of being the two best teams in the top tier this season, with both clubs having four players apiece find their way into the XI.

Eden Hazard, N’Golo Kante, Gary Cahill and David Luiz are all in representing the Blues, while Harry Kane, Dele Alli, Kyle Walker and Danny Rose make up the Spurs contingent among the selection… 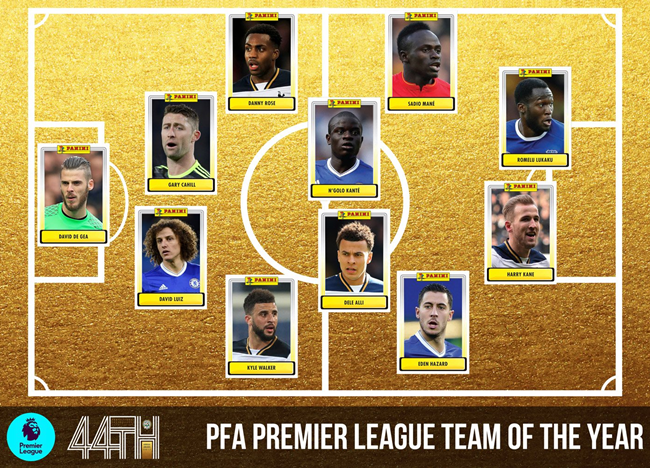 Of course, football doesn’t begin and end there, with the PFA also pumping out ‘Best XIs’ for the rest of the league pyramid too.

Here they all are, beginning with Championship…

#PFAawards | The PFA Sky Bet League One Team of the Year sponsored by @OfficialPanini pic.twitter.com/Zjtz1cdizE

#PFAawards | The PFA FA Women’s Super League Team of the Year in association with @SodexoUK_IRE pic.twitter.com/UtroISLepe

The Panini stickers are a nice touch, but we can’t help but wonder just what Toby Alderweireld has to do to get a bit of recognition for his flawlessness.

Fun Fact: Despite scoring over 100 goals and winning two titles in six years for Man City, Sergio Aguero has never been included in a PFA Team of the Year.