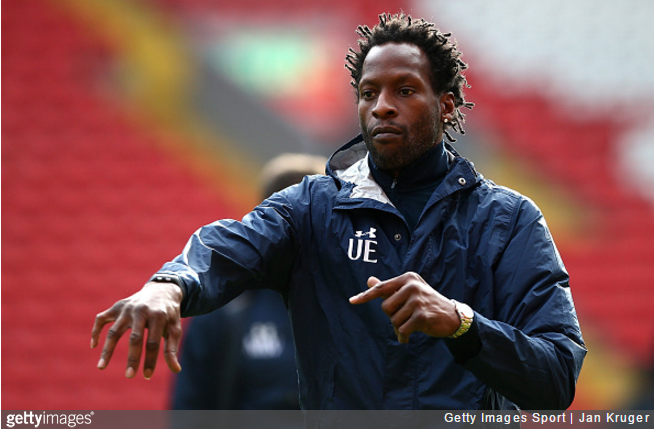 The utterly terrible news we’re waking up to is that Ugo Ehiogu has died after suffering a heart attack at Tottenham’s training facilities on Thursday. He was just 44.

The former Aston Villa, Middlesbrough and England defender, who had been coaching Spurs’ Under-23 side for the past couple of years, was rushed to hospital after collapsing at Hotspur Way yesterday afternoon.

Sadly, Spurs were then left to confirm that Ehiogu suffered a cardiac arrest and passed away in hospital in the early hours of Friday….

It is with immense sadness that we announce the passing of Ugo Ehiogu, our Under-23 coach. pic.twitter.com/sSU0yqVfyk

As well as his vastly underrated Premier League input, Ehiogu was also something of a cult icon north of the border at Rangers, chiefly for scoring the club’s 2007 Goal of the Season – a spectacular overhead kick that just so happened to come against Celtic…