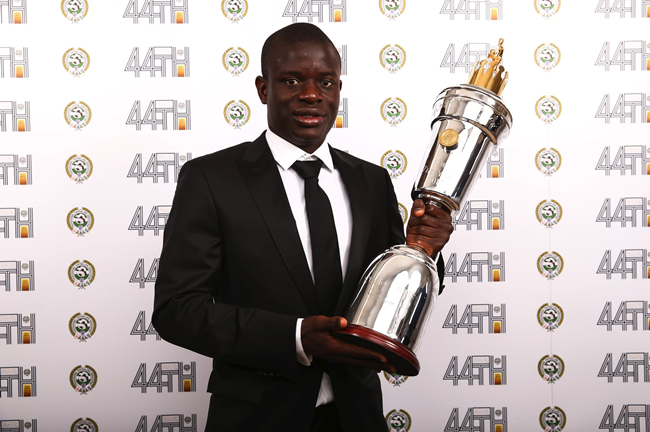 It’s a huge honour to be chosen by the other players. It’s the biggest honour to get this award.

It means the world to be ­chosen by the players to be Player of the Year.

This season so far, we have had a good season but we have to finish well.

The Young Player of the Year trophy went to Dele Alli for the second season running, with the Tottenham talisman fending off competition from Kane, Lukaku, Michael Keane, Leroy Sane and Jordan Pickford.

Twice as nice 😎 the Men’s PFA Young Player of the Year award for 2017 goes to @Dele_Alli for the second consecutive year! #PFAawards pic.twitter.com/kEJxLutJKR

Under current qualification rules, Alli will actually be eligible to win the PFA’s ‘Young Player’ award until the 2019/20, so there’s a very real possibility he may end up winning five on the bounce.