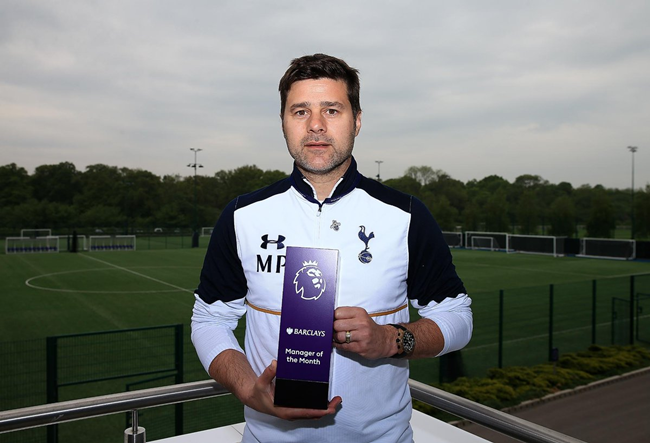 A spotless record over the course of the month has seen Mauricio Pochettino named Barclay’s Premier League Manager of the Month for April.

Tottenham racked up six successive wins in 29 days, scoring 16 goals and conceding just once, before seeing their mini-streak halted by a 1-0 defeat against West Ham in the first league fixture of May.

“For me it’s an award, a trophy that deserves to be shared with everyone at the club.”

A humble Mauricio on his manager of the month award. pic.twitter.com/W5gc8kk48U

I feel proud because it is a collective reward.

It means a lot for everyone here. It’s a trophy that deserves to be shared with all at the club.