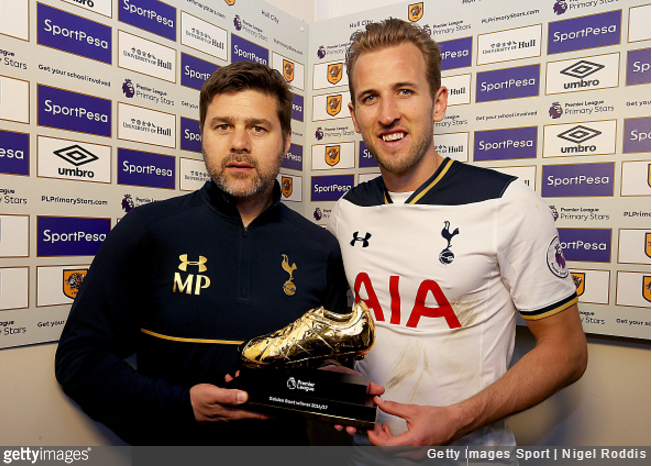 Harry Kane retained his Premier League Golden Boot award by sticking away yet another hat-trick (his fifth of the season) in Tottenham’s final day evisceration of already-relegated Hull City.

Indeed, the Spurs striker scored thrice as Hull succumbed to a 7-1 home drubbing in their final match of the campaign.

Only four players have now scored more Premier League hat-tricks than Kane, who is still only 23-years-old.

Kane tops the 2017/18 goalscoring chart with a grand tally of 29 league goals – that’s four more than Romelu Lukaku in second place and two more than Middlesbrough managed collectively over the course of the campaign.

He’s also the first Spurs player to reach 35 goals in all competitions in a single season since Gary Lineker in 1991/92.

Not bad for a bloke who missed 11 weeks of the season through injury.