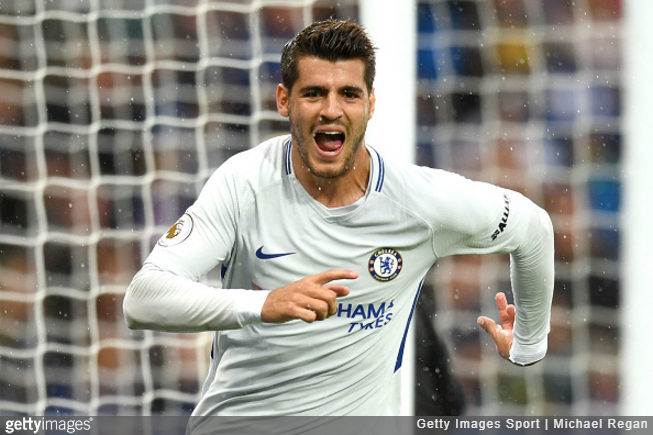 The FA have contacted Chelsea as part of an investigation into the offensive chants that marred Saturday’s 2-1 win over Leicester City.

Alvaro Morata steered home a wonderful soaring header to open the scoring at the King Power Stadium, but the Spanish striker was upset by the song being sung about him by the travelling Blues fans.

In reference to Morata’s decision to snub a move to Tottenham in favour of joining Chelsea a couple of months ago, the following dreadful ditty emanated from the away end:

Alvaro Morata, he came from Real Madrid, he hates the f**king Yids.

In fairness, Morata himself wasted little time in politely requesting that the chant be struck from the Chelsea hymn sheet with immediate effect…

Since I arrived, I have been able to feel your support every single day, you are amazing and I’d like to ask you to please respect everyone!

Chelsea also released a brief statement to cement their stance on the matter:

The club and the players appreciate the fans’ passionate support away from home, of course, but the language in that song is unacceptable.

Alvaro does not want to be connected with that particular song in any way and both the player and the club request the supporters stop singing it with immediate effect.

According to subsequent reports, the FA have now asked Chelsea for their assistance in identifying those individuals responsible for starting the chant against Leicester, with stadium bans potentially in the offing.

Yes, it’s now 2017 and we’re having the Y-word conversation once again.