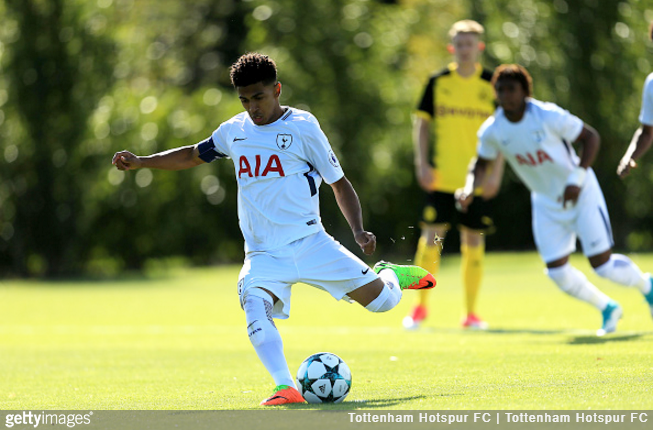 At 5 ft 8in tall, Tottenham whippersnapper Marcus Edwards is actually a whole inch taller than Lionel Messi, but that hasn’t stopped Mauricio Pochettino dubbing the 18-year-old winger “Mini Messi” regardless.

Indeed, the Spurs manager bestowed Edwards with the moniker after being suitably impressed by the Under-19s prodigy and his formidable dribbling skill, combined with a low centre of gravity and an eye for a finish.

In fact, Edwards gave onlookers a fair idea of his talents with a man-of-the-match performance against Borussia Dortmund in the UEFA Youth Champions League on Wednesday afternoon – the second of which could have been lifted straight out of a Youtube compilation of his Barcelona counterpart’s best bits…

One to keep an eye on, most definitely.