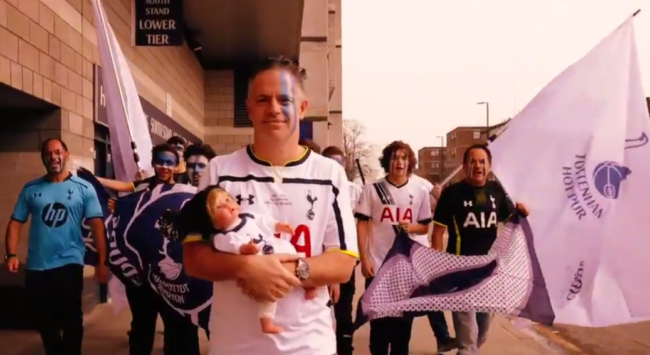 We’ve seen our fair share of atrocious fan-made musical tributes, but this humdinger from Tottenham fans really is something to behold.

Popped on social media by the @Spurs_US  fan account, the rather slick video by a chap called Jessie Barnett takes Elton John’s ‘Circle of Life’ dirge from the Lion King and perverts it into a quite incredible Tottenham tribute…

At least it’s well made. Although who would spend so much time on such a dismal clip. Unless it’s a spoof made by Arsenal fans?

“Wanyama, Victor Wanyama” – we’ll all be humming that now.

Still, nothing will ever top this classic…