With a new 64,000-seater arena currently being built in the carpark, Tottenham’s grand old former home at White Hart Lane has today officially been wiped from the face of the Earth.

After a 119-year innings, the old Lane has now been completely demolished with Ordnance Survey, Britian’s foremost cartographers, now confirming that the stadium has been entirely removed from their latest map of the area.

According to Football London, ahead of the update, Ordnance Survey sent an employee by the name of Tony down to the site to ascertain whether or not the footprint of the old Lane still warranted inclusion on their map of N17.

The company then detailed their findings in a recent blog post:

The stadium has now been completely demolished and Tony visited the construction site to update our database.

Tony and the team will be visiting regularly over the next 12 months as Tottenham build their new 61,000 capacity stadium, which is due to open for the 2018-19 football season, to ensure that it is logged in our database too.

Below are two versions of the same OS map, the last produced before White Hart Lane was removed and the first produced without it… 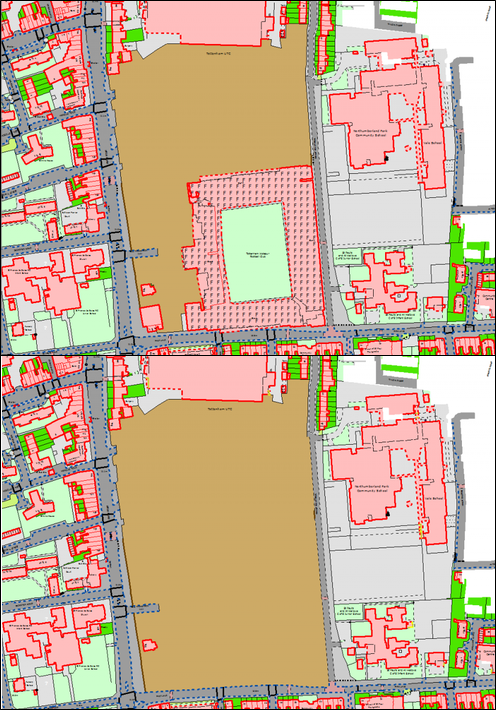 ‘Tis officially the end of an era.