After failing with his first go, Harry Kane joined the Premier League 100 Goal club by tucking away his second penalty of the evening in Tottenham’s 2-2 draw with Liverpool at Anfield on Sunday afternoon.

The goal saw Kane become the 27th player to reach three figures in the top flight and second-fastest man (141 games) to do so, behind Alan Shearer (124 games).

To celebrate, the Spurs striker was furnished with a special pair of boots by his sponsors, Nike, who knocked out the Hypervenom 3 HK especially for the occasion… 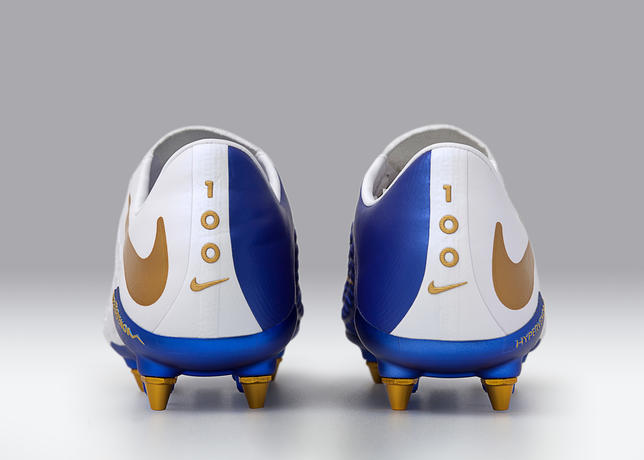 The Hypervenom HKs have apparently been designed using Kane’s preferred colours – white and blue – along with ‘subtle’ golden details dotted hither and thither.

Kane will wear them in his next match, quite probably next weekend’s North London derby against Arsenal, while 100 further pairs will be released onto civvy street for general sale.