He may well be a dyed-in-the-wool Tottenham fan, but it’s no secret that Harry Kane was *this* close to joining Arsenal as a boy.

Kane spent a year in the Gunners’ academy as an eight/nine-year-old but was eventually cut adrift by director Liam Brady.

Arsenal’s loss has undoubtedly proved to be Spurs’ gain and the rest is (ongoing) history but Brady has admitted that he may have been too hasty to reject Kane, despite his reservations at the time.

That boy (Kane) has a character that drives him to always improve. He’s right up there (in terms of being the best striker in the world), behind Lionel Messi, Cristiano Ronaldo and Robert Lewandowski.

The numbers say it all, and he’s only 24 years old.

The 61-year-old Irishman, himself one of Arsenal’s greatest ever players, was then asked about his decision to release Kane back in 2002/2003-ish:

Unfortunately we discarded him. He was chubby, not very athletic, but we were wrong.

Even then, Tottenham loaned him out to lower league teams three of four times (at the beginning of his career).

But with his determination he is building a great career. And he deserves it.

Photographic evidence suggests that Kane wasn’t particularly flabby as a young kid – a little puppy fat, maybe – but obviously that was still enough to put the Arsenal scouts off.

Kane went on to sign for Tottenham as an 11-year-old and, 101 Premier League goals (in 142 appearances) later, here we all are. 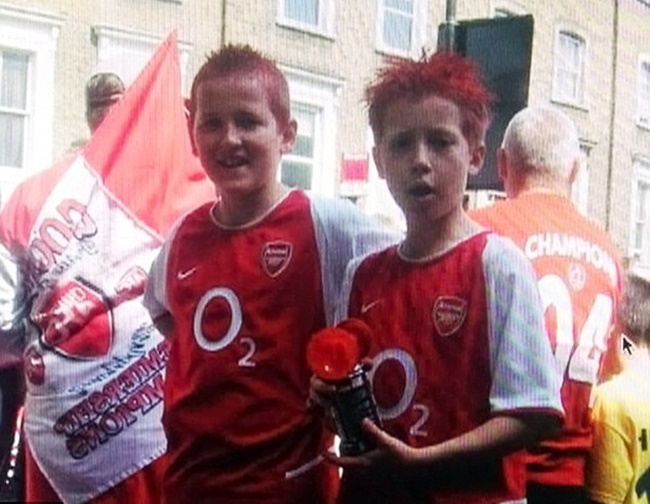 Talking to Spurs TV a few years ago, Kane recalled that during his brief stint as an Arsenal player he regularly complained because he wasn’t allowed to wear a Tottenham shirt during training.

Pies can’t help but think that may have worked against him a little bit as well.